It’s been a bit of a mission getting to this stage.  Foundational restorations completed first before deprogramming to find a new CRO.  DSD-driven esthetics.

Diagnostic wax-up transfer intraorally using a two-stage A-silicone PVS material from Ultradent.  The “light body” is Emiluma.  The heavy body is Lumiloc.  Pretty much you apply Emiluma to the teeth and load a clear impression tray without retentive grooves using Lumiloc.  Combine the two.  Peel the Lumiloc out of the impression tray, which helps to form the shape of the matrix.  The lowers were completed using an injectable technique using both Ultradent Permaflo as well as G-Aenial Universal Injectable.  The uppers were completed using G-Aenial Posterior A2 with the 12-22 / #7-10 cut back for layering using G-Aenial Anterior shades AO2, IE and JE.  Prior to this, closed flap osseous recontouring was completed using the Gemini Super-Pulsed dual wavelength laser (810nm, 980nm) prior to transsulcular osseous manipulation using the Kois Wedelstaedt chisel.  All in all a very satisfying case, with a more stable MI = CRO position.   Implants and crowns still need to be completed.

She can change the restorations to bonded porcelain in the future any time she pleases, which is a nice way to pace her finances. 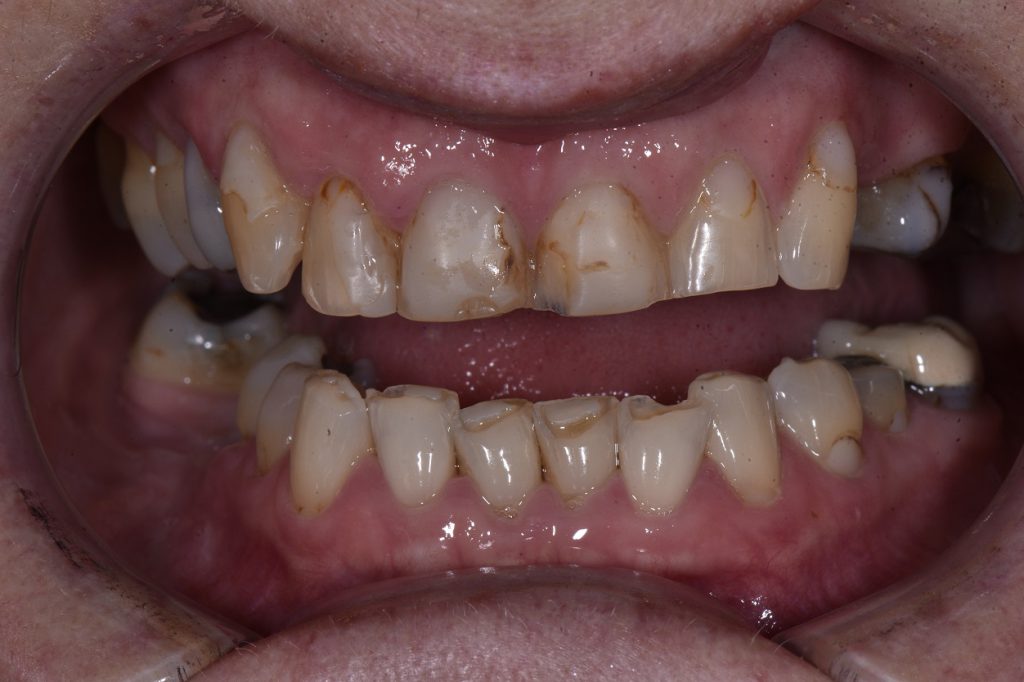 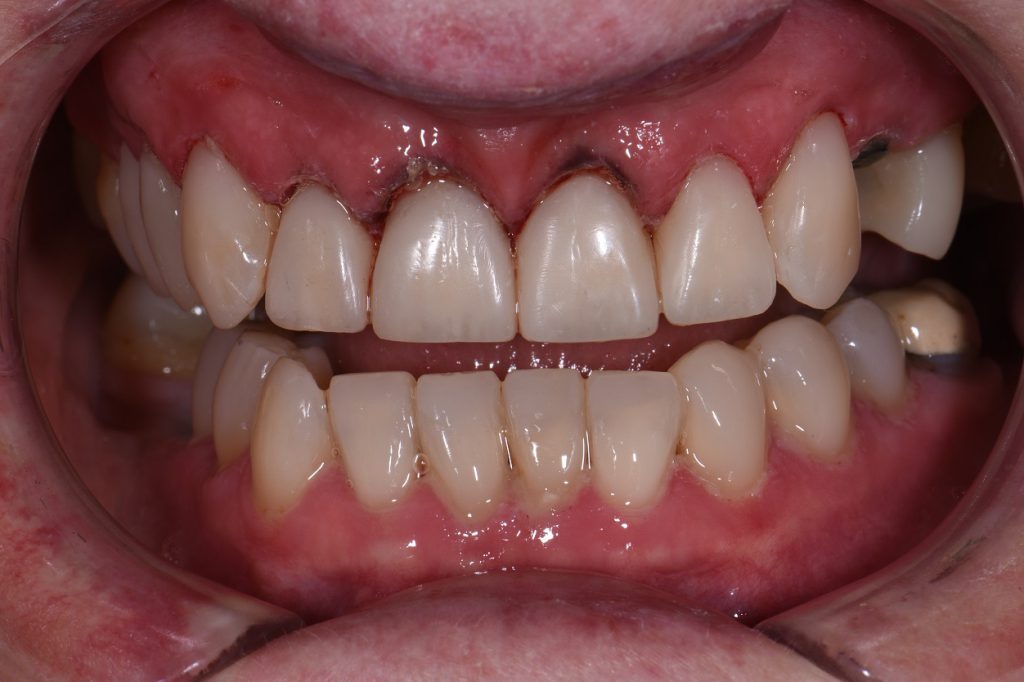