This case is a two part series demonstrating a non-invasive “bonded” option to replace congenitally missing upper second premolars. This 30 year old female presented to the practice with a history of band and loop space maintainers following orthodontics in Remuera. As she was getting married, she was really concerned about how her teeth appeared in photographs. Using a two-winged posterior Maryland bridge design featuring occlusal stops, we are able to transfer more compressive load to the tooth and minimize the shear forces which would otherwise be the main cause of failure. No preparation was completed at all for this case. The reason for using a high-precious content metal for the framework was simply for 1: Visualization (in case we ever need to cut the case off – it is far easier to distinguish metal from zirconia or lithium disilicate (I would never use the latter option even anteriorly without a 12 sq mm connector region) and 2) Ease of rebonding in case the appliance debonds.

The bridge was adhesively luted after micro air abrading both tooth and intaglio surface of the wings, and the application of Kuraray Metal Primer (same bond strength as tin electroplating). Panavia V5’s Tooth Primer and cement were used to adhesively lute the case.

Have a great afternoon, 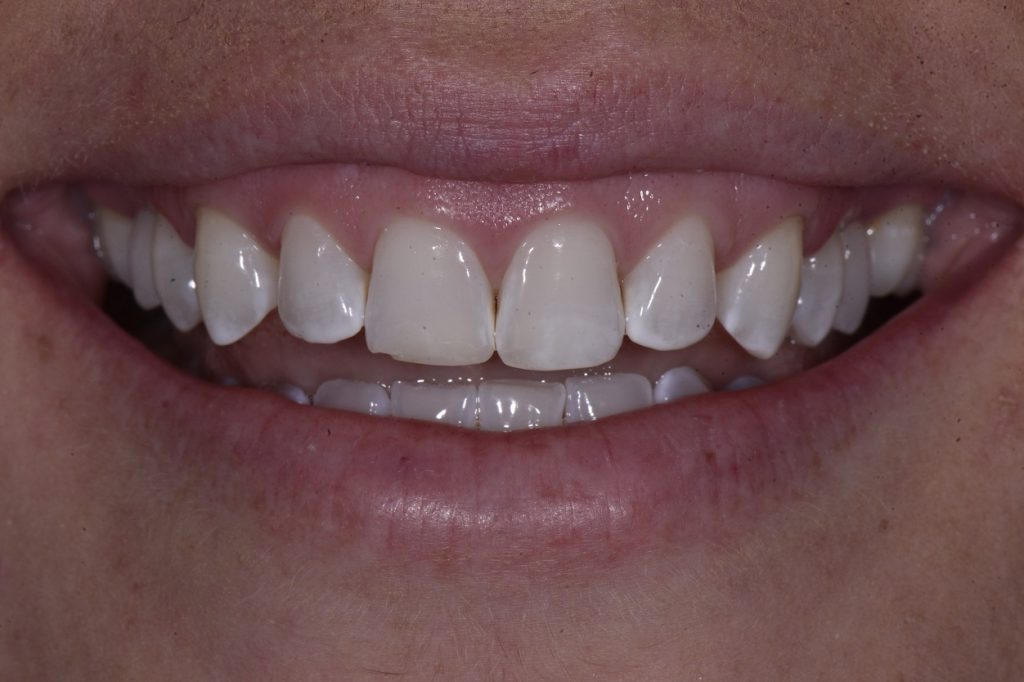